Learning to Be Free 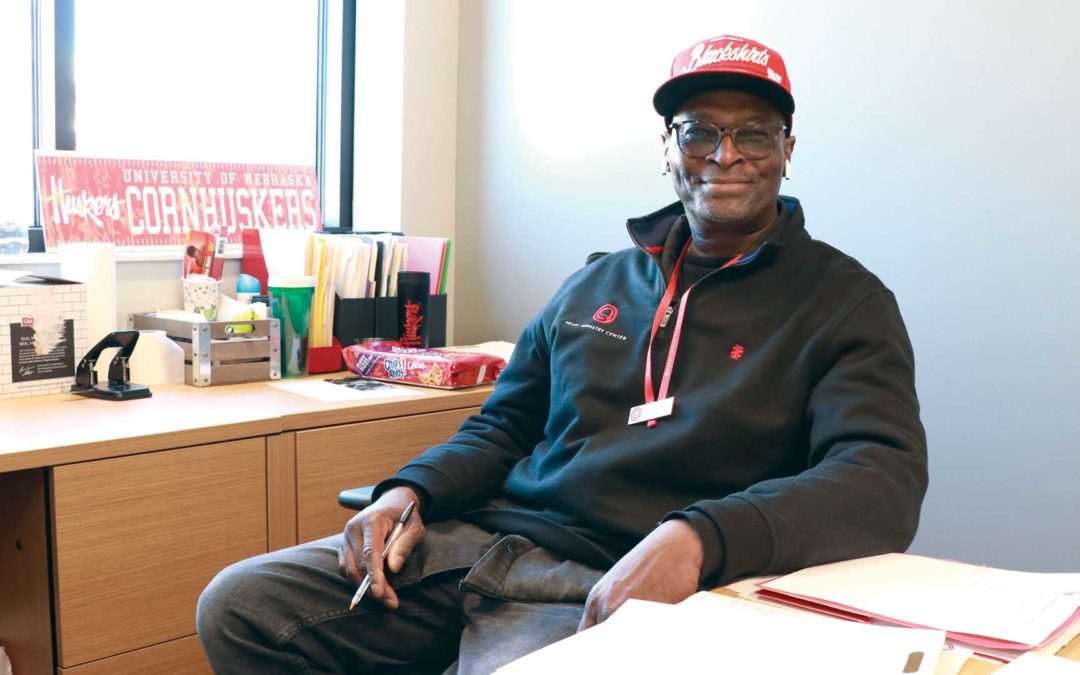 He had never operated a cell phone.

He had never used the internet, or a computer.

And it had been a long time since he had been on a job interview, not to mention securing other basic living necessities.

“When individuals transition out of prison, most have never owned or financed a car, negotiated a rental lease, been hired for job — it’s hard,” he said.

Yet Dwayne and other parolees are expected to re-enter society and be productive. Dwayne considers himself to be one of the lucky ones. While in prison, he participated as a peer mentor in Metropolitan Community College’s 180 Re‑entry Assistance Program (180 RAP). Through this program, and with guidance from program director Diana Goods Collins, Dwayne received coaching and education to help him live on his own and get a job.

“I promised I would be there every day, on time,” Dwayne said.

Through the Metro program, Dwayne met Mark Dahir, Heart Ministry Center’s Chief Operating Officer. Mark knew Dwayne had overcome many life challenges, enabling him to relate to the members of the Fresh Start program, and hired him to be a re-entry facilitator. Many of the Fresh Start participants have been incarcerated. Dwayne focuses mainly on job placement skills so once the participants graduate from the 15-week program, they are employable and can live independently.

“At Heart Ministry Center, we coach them on four principals: consistency, reliability, attitude and work ethic … if you accomplish those four skills, you will be a valuable employee,” Dwayne said.

Dwayne Tucker exemplifies the caliber of individuals who work at the organization. “Every day I feel grateful to be able to work with the fine folks at Heart Ministry Center,” he said. “I do all I can to live the mission of ‘Dignity for All.’”

Providing food, healthcare, and a way forward to people severely affected by poverty in the Omaha area.